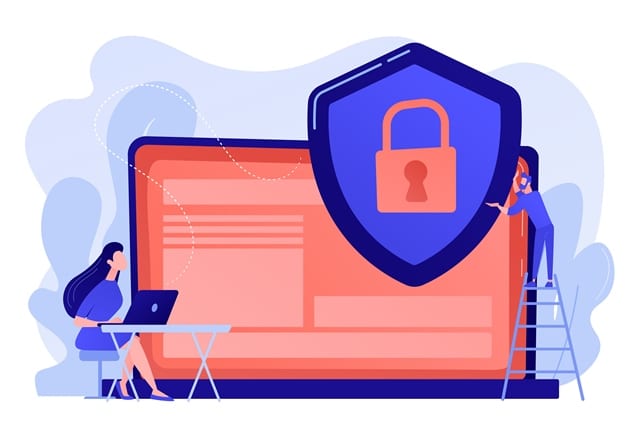 We live in a digital world. Hence, the latest most dangerous threats are also in digital form. The number of cyber threats is increasing day by day. As per a report by AV-Test, over 450,000 new malicious programs or malware and potentially unwanted applications are registered with them worldwide every day.

Cybercriminals will go to any extent to gain access to confidential data and use it to financially exploit their targets through various means & devices. These threats exist mostly in the form of computer viruses, trojans, worms, or unwanted & dangerous apps collectively known as malware.

A Malware is usually programmed to keep on growing and spreading from one infected device to another target device, thus further spreading the infection & starting a chain reaction.

Malware can attack its victims through data breaches, phishing attacks, spyware, ransomware, adware, and more. To keep your data completely safe and secure, you must choose an antivirus program that continuously works against all these types of cyber threats.

What does a Computer Virus Do?

A computer virus is a piece of software developed specifically by criminals for various (mostly illegal) purposes. It can be used to authentic programs damage, delete targeted files, and even format or erase your entire hard disc. This can result in an entire system crashing down or networks & websites getting completely non-functional. In most cases, this results in financial losses to the sufferers of such attacks.

Another dangerous function of the latest malware is to use them to gain access to your personal information & steal or destroy confidential data from the device or network, resulting in massive data leaks.

At its core, Antivirus software works to protect your computer against all types of malware and cyber threats. It looks for suspicious traces on web pages, files & software on your devices, background running applications & even any data exchanged over a network.

It continuously scans for known threats and monitors the behavior of all programs, immediately flagging any dangerous action. It instantly blocks or removes malware as quickly as possible to prevent any potential damage from the malware.

An antivirus program also detects and eliminates compromised files and spyware, like keylogging software and other malicious programs that mostly operate in complete stealth mode without your knowledge.

How can an Antivirus Protect Your Device?

Antivirus software protects your device by scanning for known, new, or unknown types of malware threats that threaten your system. It does this by scanning and comparing all your files or data against a centrally located & continually updated database of threats compiled from across the globe. Modern antivirus apps also can protect you against zero-day exploits or entirely new types of threats that are not present in the database.

They do this by implementing Heuristic Detection techniques through AI & ML technologies. It helps them detect and prevent the spread of malware that is not yet recognized and stored in their database. If the antivirus app finds any malware, it will mostly quarantine it instantly and mark the file for deletion. It makes the file inaccessible and prevents any further harm to your device.

Is the built-in Windows Antivirus Good?

From Windows 8 onwards, Microsoft packs its operating system with its default security app called the Windows Defender, now called Microsoft Defender. It is enabled by default if your system does not have any 3rd Party Antivirus installed.

However, depending on the built-in antivirus for complete cyber security can be risky. It offers some level of protection against common threats to some extent but mostly fails to protect you against most of the known modern dangers.

Does a VPN protect you from Viruses and Malware?

Many of us confuse a VPN with an antivirus; however, they are entirely different. A VPN emphasizes more on securing the user’s privacy at its forefront. Although a VPN can offer some level of protection against malware, it is still not enough.

A VPN can prevent the execution of certain types of malware by preventing it from establishing communication with & taking orders from its handlers through remote ports.

Furthermore, they can also safeguard your system against some adware-infected websites that can induce malware from infected links on them.

A VPN can even offer protection against data leaks through encryption, but it will not protect you against or help remove existing malware and viruses from an infected device.

To completely protect yourself from viruses, you should use a VPN alongside an antivirus App. Today, most well-known Antivirus providers bundle a VPN in their antivirus package itself.

However, if you want even more advanced VPN features, you can opt for a standalone VPN service from dedicated providers like Surfshark. It is a good option if you need a VPN on unlimited device connections.

To conclude, you must have a good antivirus program installed to secure online life.