Is Shiba Inu Coin A Better Investment Than Dogecoin? 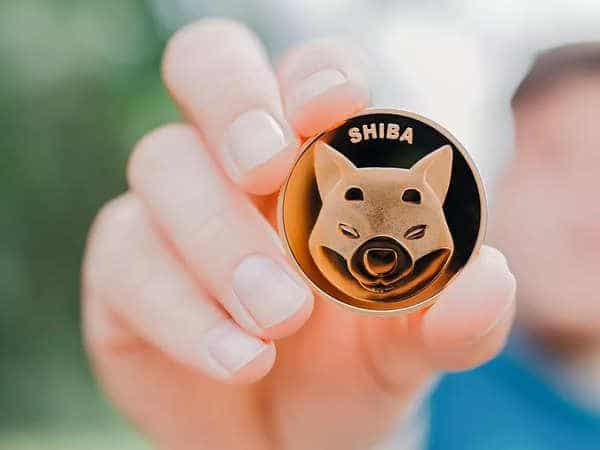 Meme coins like Dogecoin and Shiba Inu possess no prominent practical use cases. However, being fun and worth “meme-posting” has made them rank higher in the cryptocurrency hierarchy.

The current trends of cryptocurrency investment see Shiba Inu and Dogecoin as very profitable investments, and many investors are campaigning these two coins very religiously. Instead of buying bitcoin, many investors now prefer the meme coins.

Shiba Inu was born as a  competitor to the much-celebrated Dogecoin and came out branding itself as the “Dogecoin killer.” So now the question is, is Shiba Inu, although a new coin in the crypto market, a better investment idea than Dogecoin?  Will a crypto arbitrage expert profit by investing in it?

A meme-centric altcoin, Dogecoin is an open-source cryptocurrency that offers peer-to-peer payment transfers. The coin used a sarcastic image of the Shiba Inu dog for its mascot launched in 2013.

Dogecoin may be a fun cryptocurrency, but its blockchain still has merits. Dogecoin derives its underlying technology from Litecoin. It uses the Scrypt algorithm and has an unlimited supply.

Also, flashing the Japanese Shiba Inu dog as the mascot, just like Dogecoin, Shiba Inu is an altcoin that offers similar features like its predecessor Dogecoin.

Shiba Inu is an Ethereum-based cryptocurrency and owes its origin to an anonymous individual or group named Ryoshi. Shiba Inu markets itself as the “Dogecoin killer” and is popular among its religious cult of worshippers named ‘ShibArmy.’ Shiba Inu has a market cap of $21.8 billion.

Is Shiba Inu A Better Investment Than Dogecoin?

Shiba Inu claims itself as the Dogecoin killer. But how far it has become able to surpass Dogecoin remains to be seen. Here are some parameters based on which you can judge if Shiba Inu is a better investment idea than Dogecoin.

Shiba Inu uses the p-o-s protocol and issues a limited number of coins. Furthermore, Shiba Inu currently issues no new coins than the ones that are already in the market. Taking these facts into consideration, we can say that Shiba Inu may rise in value.

Meme currencies such as Dogecoin and Shiba Inu rely gravely on their community. Community support is what got them so far in the cryptocurrency world. For example, Dogecoin has a very active fanbase that constantly posts and raises awareness about Dogecoin.

There are Twitter followers and celebrity support for Dogecoin that makes its value soar from time to time. However, starting from 2013, Dogecoin’s community has kept its growth and existence consistent. The average rate of Dogecoin’s growth from the end of October to November is 280%.

Shiba Inu, modeling itself after Dogecoin, solely depends upon community growth. Like the famous BTS army, Shiba Inu also has its ShibArmy that campaigns about Shiba Inu coins all the time on social media platforms. As a result, Inu has grown by 100% within just a few months.

Memecoins like these need supporters to back them up in the market by creating hype. As for Dogecoin, there is already Elon Musk supporting it by his sudden and recurring tweets. The Tesla owner Elon has been posting about Dogecoin since 2018.

His Tweets made Dogecoin reach a price that was not initially possible. Snoop Dogg also made memes about Dogecoin and gave it a promotional boost.

Shiba Inu, on the other hand, has no godfather. It solely depends on community support. Besides, half of the total Shiba Inu tokens got sent to the Ethereum creator Vitalik Buterin, which creates the question, is the creator of Shiba Inu not confident about it?

Truthfully, none of these coins have any credible value. Still, on the bright side, Dogecoin’s technology being a derivation of the sophisticated Litecoin makes it a little more credible option than Shiba Inu.

Since Dogecoin is based on the Scrypt mechanism, it has much better scalability than Bitcoin. Shiba Inu has a ridiculous one quadrillion token cap, and its supply mechanism is much less sophisticated than Dogecoin. Dogecoin centers around the funny dog meme, and Shiba Inu follows the same trend; it is like a copy-meme.

Shiba Inu investors have seen great growth in the running month. The value is soaring and soaring. Nonetheless, it is a risky investment. Dogecoin, equally, is a volatile investment. You can choose any of them, or you can invest in both.

As per the current market value, Shiba Inu stands profitable for previous investors. The value of Dogecoin rests below its all-time high price. Based on the market trend, either of them may rise in price and fall.

Ani Johnson is a passionate blogger. She loves to share her thoughts, ideas, and experiences with the world through blogging. Ani Johnson is associated with ThePetsMagazine, TheDatingDiary, EssayWritingGuides.