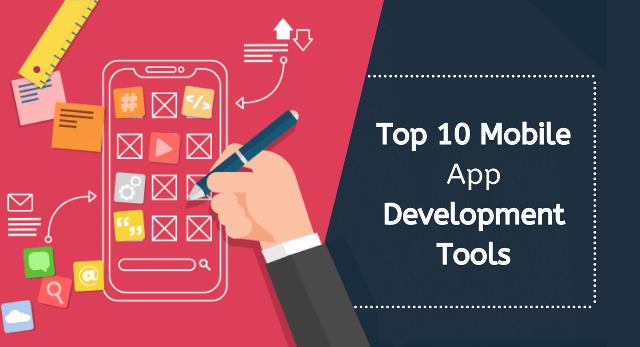 React Native was created by Facebook, and it’s one of our top picks for mobile app development. It has a similar design philosophy to React in that it renders using JavaScript. The great thing about React Native is that you can build native apps with a single language and codebase. React Native also makes use of native components and a native API layer, which can reduce your overall costs as you develop your application.

A way to build high-quality native apps for iOS and Android from a single codebase. Google announced Flutter at its I/O developer conference in May, so it’s still under development, but you can use it today. And, yes, before you ask: It does support Fuchsia (Google’s new operating system that combines Android and Linux), and so many Flutter development companies exist today, so you can hire Flutter developers and ask them all the questions you want.

Xamarin is a powerful mobile development platform that lets you use C# to write real native apps for Android, iOS, and Windows Phone from a single codebase. Xamarin provides tools for designing user interfaces (UI), writing embedded software, testing applications on emulators or devices, deploying apps to stores and monitoring performance. Recently Xamarin was acquired by Microsoft so it is most likely here to stay. It includes all of .NET’s libraries which allows you to program against them from C# or F# and enjoy nice things like intellisense in Visual Studio when you are coding.

Apache Cordova is a tool used to build cross-platform mobile apps using HTML, CSS and JavaScript. It allows developers to take an app written in Web technologies and run it on multiple mobile operating systems without having to rewrite code. For example, instead of creating separate apps for Android and iOS, you can use Cordova’s WebView feature to run your app inside each platform’s native browser. There are also plugins that allow you access APIs like location services, media playback and more.

Ionic is an HTML5 mobile app development framework, which means that it builds on web technologies like CSS3 and JavaScript instead of using native mobile app code. It helps you to create interactive apps that can run on multiple platforms without being rebuilt. Ionic also includes a library of pre-designed user interface components called Ionicons. All in all, it’s a great option for those who want to build an app quickly with a professional look and feel.

The NativeScript framework can be used to create cross-platform mobile apps in JavaScript. The apps are built using standard web technologies and then deployed to native iOS and Android environments. No other SDK is required—the apps are completely native, while still using a single codebase that can be edited with your favorite IDE. The library itself is open source, but you’ll also have access to pre-built templates and samples when you download it. It’s a unique approach that could be very appealing if developing mobile apps in JavaScript sounds interesting.

Android Studio is Google’s official integrated development environment (IDE) for Android. It’s based on IntelliJ IDEA, comes with support for Android Studio is a suite of software development tools created by Google for developing applications for its Android operating system. It includes a code editor, debugger, phone emulator and a device monitor. Since it’s still in beta version, Android Studio can be hard to configure properly – but once you do, it will provide you with amazing features and functions you won’t get from other mobile app development tools.

Titanium SDK is an open source mobile development platform that lets developers create high performance cross-platform apps using Javascript and CSS. Users can publish their apps in over 100 different app stores including Apple’s iTunes and Google Play. Titanium SDK provides a native look and feel on each device, in order to provide your customers with a seamless experience while providing fast code execution. It also comes with more than 300 modules that connect to popular web services such as Facebook, Twitter, Foursquare, LinkedIn, Dropbox, Evernote and others. Developers can start building right away by downloading a free version of Titanium SDK or by purchasing one of their paid versions for Android or iOS devices.

PhoneGap is one of several ways you can develop mobile apps with HTML, CSS and JavaScript. What’s special about PhoneGap is that it allows you to distribute your app through either an app store or as a web app that runs in a WebView. Even if you don’t have any experience with native mobile development, PhoneGap provides everything else you need. The biggest advantage to using PhoneGap for app development is that it gives developers without access to a native code framework an opportunity to easily build professional-looking applications for multiple platforms without needing specific coding skills for each individual operating system platform.

ReactJS Developers: why should you go for them?