The Growth & Impact of IoT on Web Development 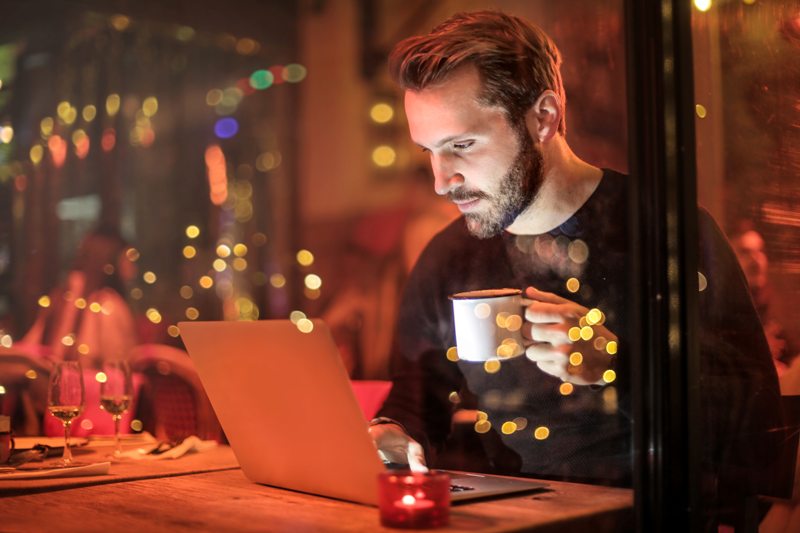 One of these latest technologies that have revolutionized the entire world is IoT. Also, known as the Internet of Things, IoT is primarily a network of interconnected objects that interact over the internet across the globe.

Moreover, you can have information on demand in real-time as well. You will find lots of IoT devices on the market, and each of them needs to be accessed, managed, configured, and manipulated. IoT has significantly contributed to several industries and sectors.

In this post, we will understand how IoT has affected the overall web development.

How IoT will change the Web Development Processes

The Internet of Things has been an integral part of our lives, and every person with a smartphone must have experienced it at some point in time. Possibly, business organizations plan to integrate IoT into their business using a combination of sensor and wireless technologies.

It will help them take their business to new heights of success by satisfying their customers. On the other hand, customers may start using IoT for availing customized & personalized products and services. People can track their health and also control their home appliances with the help of analytics and sensors. IoT has effectively impacted web development and web design.

However, several companies are still not aware of the use of IoT, as it is comparatively expensive. Businesses need to become informed about the effective use to expand and grow effectively.

All systems work with huge amounts of data, as they collect real-time data from sensors, filter, and process them. Then, they transmit these data to and from the cloud. Due to such a high volume of data, you can face networks delays.

Moreover, IoT development includes the transmission of loads of data through appropriate advanced protocols for data interchange. XMPP for real-time communication and AMQP for message-oriented data receiving/sending are the protocols used for this purpose.

Communications in IoT consume a lot of energy, which is the reason why they need to be designed with minimal use of power in mind. You can have faster loading of pages with advanced messaging protocols and high-bandwidth interconnects.

However, losing even a bit of data is not acceptable. Therefore, when compared to ordinary web development, IoT development focuses on the system’s scalability and reliability.

Further, data collection and distribution do not rely on the data volume thanks to the scalability. It is one of the main reasons why developers choose languages and solutions that facilitate scalable applications like Java, C, and JavaScript.

Users can interact with an IoT system via user interfaces (UIs). UIs provide a visual display of insights from collected data and helps manage the whole network. As an IoT system collects massive amounts of different data, it has to display lots of analytics and infographics. To resolve this issue, streamlined user dashboards have come to the escape.

User interfaces help control an IoT network effectively. Dynamic UIs are used for complex IoT applications, as they allow producing portlets or pages dynamically. It is particularly helpful when you have to deal with multitasking.

In an IoT-based application, users basically, use the front-end interface to communicate with other IoT devices like sensors, cameras, and other smart devices, which will make the design complex.

Websites will have to be capable of communicating with backend databases and storing personalized data obtained from IoT devices. Also, development and design should have the potential to quicken page load and transmission time, as the complex IoT devices network could cause delays.

For lots of organizations, IoT is unchartered territory, and they are attempting to manage their development teams. It takes a lot of time to notice and come up with the right strategy to go forward when it comes to development and designing. As these enterprises are still under the process of implementing IoT in their fields, it becomes critical for them to come up with an efficient team that helps in achieving the desired results.

Security has always been the topmost concern for all businesses, and when it comes to IoT, it becomes critical to have secure and safe data. It also has been a major challenge for IoT growth as a whole. Therefore, smart devices have to be secured from fraudsters and hackers to keep the network and data safe.

Web development includes integrating data security at the time of development. The primary vulnerabilities of an IoT system are rooted in the web development and design domain. Therefore, the design has to focus on the system’s security and to ensure the same, IoT developers create advanced user authentication and user access management. Also, you need to make sure that data and communications are secured through encryption.

The emergence of the Internet have opened up several opportunities to build innovative and useful web apps and mobile apps that can take businesses to new heights of success. It has also opened paths for people to make their lives easier.

Enterprises have now started to plan in this direction to come up with unique products to satisfy their customers and gain their loyalty.